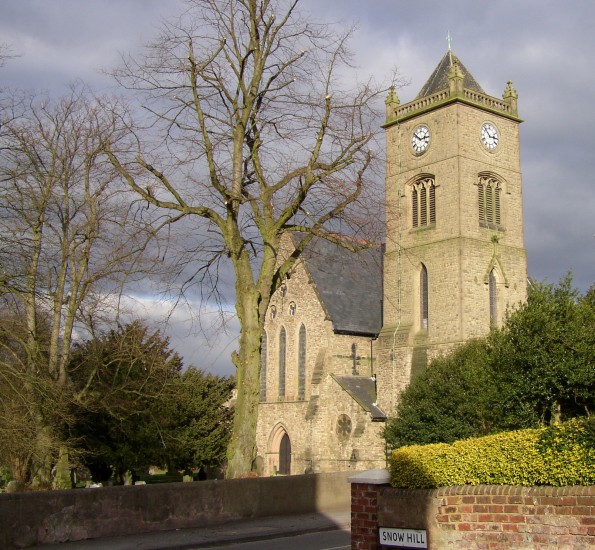 A number of headstones in the churchyard of St Georges Church, Church St, St Georges Telford have had notes attached to them in the last few weeks advising that the headstones are to be relocated elsewhere in the churchyard. The notes advise that should they seek to object that they should contact the Vicar of the Parish in writing.

In all 7 headstones are planned to be moved but no reason is given on the notice other than its part of a scheme to improve the churchyard. Of the seven headstones, 5 are upright and in good condition, whilst 2 are laid flat and have been for some time. The 5 upright headstones present no issues in respect of Health & Safety. 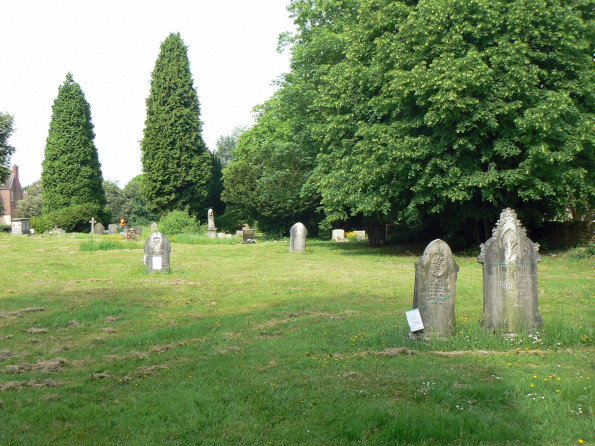 Of the 7 headstones only 5 have readable inscriptions, these legible five headstone represent four St Georges families who have been interred in the churchyard in the last 150 years.

The names on these headstones are as follows:

Should be a descendant of any of the above families please get in touch and I will provide details of who you need to contact to object to any relocation of the headstones.

Further posts will give more information on the families whose headstones maybe relocated.

Names have now been identified for one of the headstones which is lying flat, this belongs to Joseph Howells died 18 Sept 1897 and his wife Eliza died 28 February 1888.