Peterloo: The man who ordered a massacre 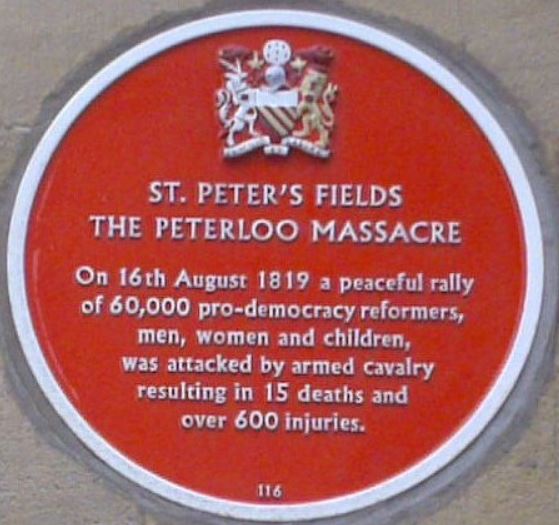 On 16 August 1819 armed cavalry were sent in against peaceful workers rights protest in Manchester where 15 people, men, women and children, were killed and over 600 injured as a result of the sabre wielding troops. This protest forms the backdrop of a new Mike Leigh film starring Maxine Peake which is to be released on 2 November 2018 and tells the story of the brutal putting down of the protest.

Who was the man that ordered the troops in? He was William Hulton who was a magistrate in the area, it was he who gave the  for troops to violently disperse a peaceful, workers rights protest at St Peter’s Fields in the centre of Manchester. The event became known in the media of the time as Peterloo a reference to the Battle of Waterloo that took place 4 years earlier.

More on the film and William Hulton can be found on this BBC link.