Codes on the 1911 Census Records

Over recent weeks I have had a number of people ask me what the numbers written in blue and red ink mean on the 1911 census.

The beginning of 20th C was a time of massive change in industry and a giant steps forward in technological development in Britain. The government needed to understand which industries were in growth or decline, so in the 1911 census for the first time people were asked to indicate which industry they worked in, together with their profession or trade.

A large number of people misunderstood this question and provided more information than they were required to, giving the name of their employer, as well as the industry. This has given genealogists a fuller picture the life of their ancestors, and has enabled them to follow a path through the employer details for further research.

If you find it difficult to interpret an ancestors occupation then the codes may help.

The clerks who worked through the census sheets had a list of agreed codes for occupations: 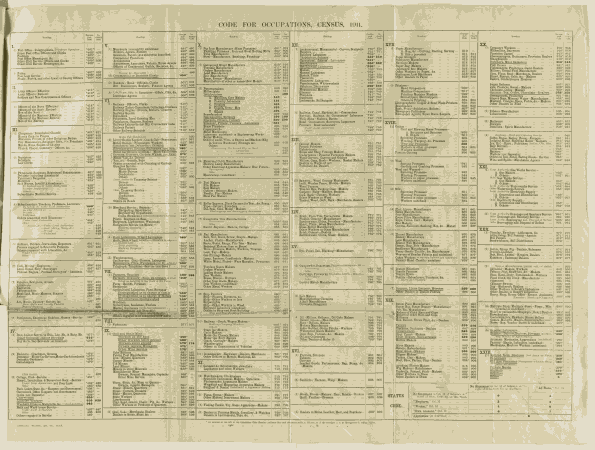 A similar list of codes were generated to categorise the birthplace of individuals, again useful if unable to interpret what was written on the form.